After some lag, more posting.

Yesterday was a pretty odd day. I was up all night trying to sleep - partially because the dearly beloved was sick and also not sleeping, and partially because I slipped and googled 'London Parkour' and got inspired. And then my brain would *not* shut up.

The upshot was, I got a good 3 hours sleep.

It was a beautiful day outside - sunshine, almost no wind, just lovely. A little chilly to my Queensland sensibilities (15C), but still.

I was stuck inside. I was waiting for 3 deliveries. First nice looking day in WEEKS, and I had deliveries. I pouted about that for a while, and then found a stretching routine, and then did that sitting in the the sunshine that came through my front windows.

I also wrote about my plan to do parkour soon. I'm not fit for it yet, but hey, there's an easy way to get there - sweat. Lots of it.

So, I cooked myself something interesting, and tried a new tea, and took photos and wrote about both these things. Since by then all my deliveries had arrived, I then took advantage of the fact the sun wasn't going to set until 8.30pm or something silly, and got out of the house.

I picked up my prescriptions from the doctor's, put them in and collected them from the pharmacy, and then went down the road to check out a park I saw ages ago but hadn't investigated.

Turns out it has a bunch of climbing gear, balance logs and things. For kids only. Maybe they won't mind too much if I use it when there aren't any kids around? One can but hope.

I also took a bunch of photos. 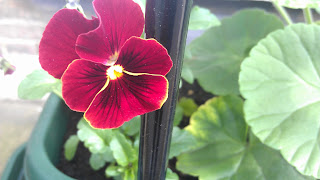 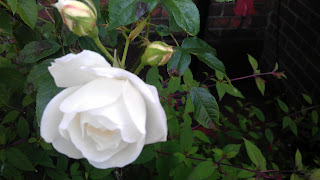 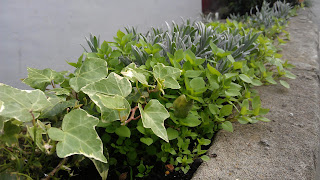 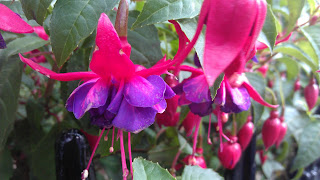 And then I went home and got some sleep.
Posted by ysabet at 07:21